Labrador was absolutely beautiful, and I still hope to revisit it one day in the summer.

In January of 2017, I was finishing up my third contract in Whitehorse, Yukon, and preparing for a fourth contract in a new location; Happy Valley-Goose Bay, Labrador. It was set to begin in early February, only a few days after flying home from my contract in the Yukon. Thankfully, as a shift worker, adjusting to a four hour time difference is just “a day in the life”!

I was excited to explore a new location and experience working at a new hospital. Despite being the largest town in Labrador, Happy Valley-Goose Bay has a population of only about 8000 people, compared to Whitehorse’s 25 000! I would be working on the Labrador-Grenfell Health (LGH) “inpatient unit”… That’s right; there is only one unit and about 25 beds in the entire hospital! The inpatient unit included medicine and surgical patients, as well as pediatrics, labour and delivery, maternity, and a small critical care unit. If patients became unstable, they would be medically evacuated (or “medevaced”) to a larger centre in St John’s, Newfoundland. 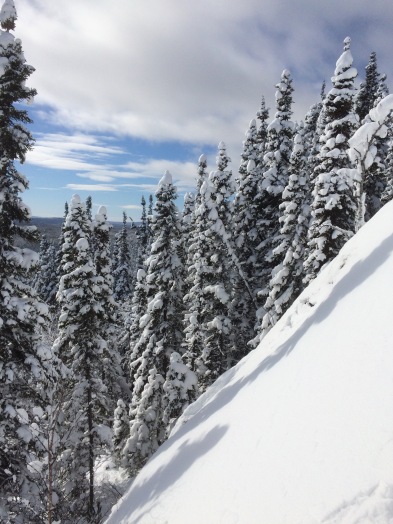 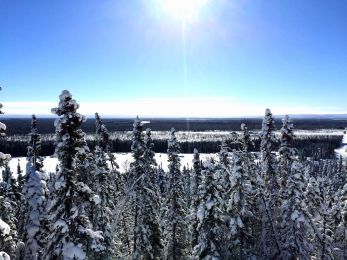 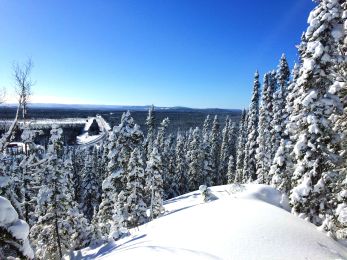 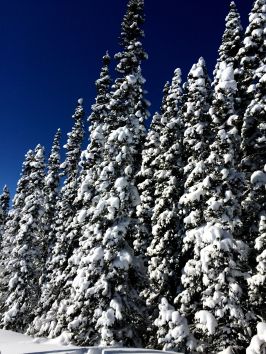 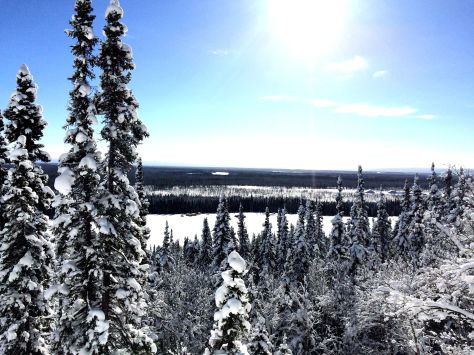 I have never seen more snow in my life than I saw in Labrador in February! Welcoming new friends showed me around town, and on my days off, I would strap on my snowshoes and explore the forest behind the hospital. Labrador was absolutely beautiful, and I still hope to revisit it one day in the summer. The Torngat Mountains National Park caught my eye in particular. Unfortunately as it is only accessible by chartered flights, it is definitely a bucket list travel location for me!

Unfortunately, LGH has a lot of difficulty recruiting and retaining sufficient staffing levels, and often rely on agency locum nurses, or recruiting newly graduated nurses with signing bonuses. This is in part due to its remoteness and small local population, but also because the chronic staffing shortages result in a challenging work environment that many nurses have a difficult time enduring for long. I had almost three years of experience as a nurse at the time of my contract, and I often found myself working with a staff of newly graduated nurses, all of us struggling to complete the bare minimum for our patients. The nursing staff I worked with were welcoming and friendly, but also stressed and stretched very thin. Labrador is the first place that I heard it was legal for the hospital to mandate nurses to extend their 12 hour shifts to 24 hours when there were no nurses available to replace them.

This was my experience, but I only had a one month contract, so I am not the most qualified person to comment on Labrador’s staffing crisis. What I can comment on are the wonderful people I met while I was there, and the diverse patient population I had the opportunity to care for. It was in Labrador that I was first exposed to Innu and Inuit culture, and had the pleasure of caring for a patient population that was majority Indigenous. After working with Yukon First Nations on my three contracts in Whitehorse, Labrador definitely opened my eyes to the diversity of Indigenous people in Canada and how much I still have to learn. 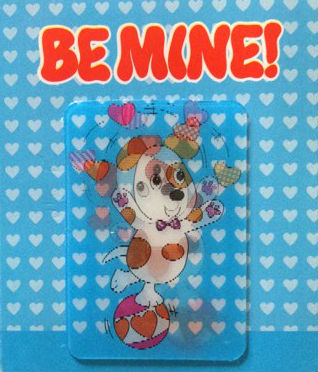 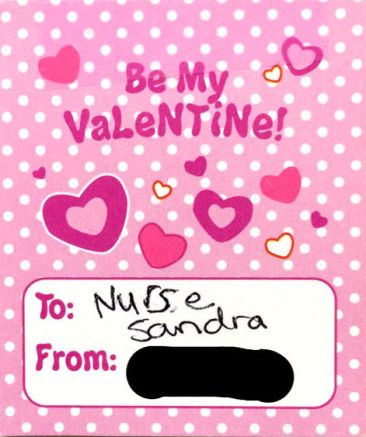 Valentines Card to Nurse Sandra from a 5 year old patient. Sandra still keeps the card today pinned in her journal!

Despite some difficult shifts, I have memories of patients that will always stand out in my mind. I remember at the end of a particularly busy shift, a 5 year old pediatric patient presented me with a valentine he had made addressed to “Nurse Sandra”. It was a small gesture, but it was the reminder I needed that day that nurses make a huge difference in our patients’ lives. I still have that valentine tucked into my journal from that year. Since then, plenty of my pediatric patients have presented me with their crafts and drawings as a thank you, and each one never fails to make me smile.

3 thoughts on “Profile of a Travelling Nurse: Labrador”